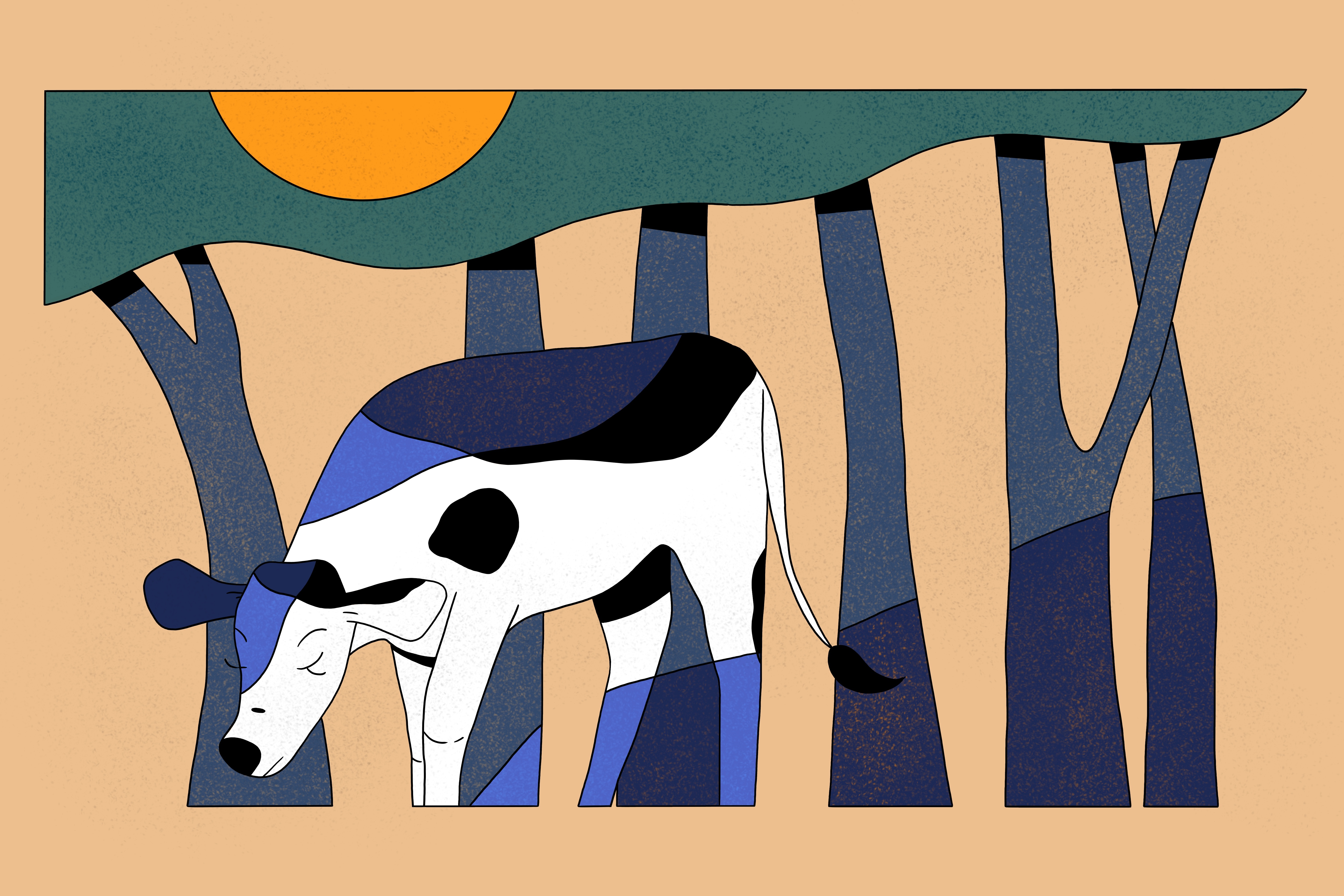 John Foye believes in meeting farmers where they are. The CEO and co-founder created  Working Trees because he couldn’t reconcile how, despite the widely known climate benefits of tree cover, millions of acres of deforested farmland still bake beneath unshaded sun. Silvopasture — the intermixing of trees and grazing land — has the potential to sequester gigatons of carbon while increasing revenue for farmers and providing better habitats for livestock. But right now, the barriers to transition are too high for most ranchers. In our conversation, John shared how Working Trees is making silvopasture an accessible proposition for operations of all sizes, and his dreams of shadier grazing everywhere.

Can you start by telling us what exactly Working Trees does?

We get farmers paid for growing trees. We're focused on areas where trees can support core underlying agricultural productivity, and where carbon capture is a positive co-benefit. In practice, this means we work with livestock producers who are typically interested in shade to minimize the negative impacts of heat stress on animals. Cow-calf operators in particular need shade, but they face financial barriers to making it happen. It might cost $1000 per acre to grow trees well, and most farms don’t have that kind of cash. We use technology to allow farmers to generate carbon credits, and we have long-term commercial agreements with buyers, so farmers get financing upfront to grow trees on their land.

What made you want to start a company like Working Trees?

I’m originally from Utah, so I grew up spending a lot of time outdoors. From early on I was interested in environmental causes and that manifested in pursuing a climate focused career. I first founded a solar window company, and then most recently, I was working in rural solar project development. In that role, I’d say over 80 percent of the customers we were working with were farmers. So I spent a lot of time getting to understand their challenges. A big takeaway for me was that farmers tend to have volatile incomes and they have to deal with the uncertainty of weather patterns.

If we want to restore tree canopy cover and native ecosystems, we need to do it in a way that supports agricultural productivity and enables it to scale.

I knew I wanted to operate somewhere where climate and rural economic development overlapped, and natural climate solutions was an obvious rabbit hole to go down. I bumped into my co-founder Aakash Ahamed as I started down that route and it just grew from there. Every day we’re more inspired by the potential for incorporating productive trees into agricultural systems.

I think the idea of planting trees being good for the planet is pretty widely understood. So it's frustrating that in reality, very few trees are actually going in the ground. I think that’s largely because farmers and ranchers manage the majority of the habitable land on Earth. So if we want to restore tree canopy cover and native ecosystems, we need to do it in a way that supports agricultural productivity and enables it to scale.

Livestock producers were a natural place for us to focus because the production benefits of shade are meaningful. If you’re a livestock producer, even if you're in Minnesota, you will have heat stress problems for at least part of the year. So folks are already looking for shade and they're relying on engineered solutions like movable equipment that costs tens of thousands of dollars.

Cow-calf operators care a lot about their land and its history, and we want to make sure Working Trees fully respects that.

Another factor is that when you compare row crops and pasture, the relative economic productivity per acre is much higher on row crops; therefore, the relative value of carbon is lower. So the value of the carbon itself in influencing land practice decision making is more powerful in the context of incorporating trees in pasture versus row crops.

The third reason is that lots of pastureland used to be forest. In the eastern half of the U.S. alone, there are over 70 million acres of pasture and hay that were once forest, so the land is already very well suited to growing trees.

What has been surprising to you in building this business?

From day one we've been trying to understand the decision making of cow-calf operators. So it's been interesting to learn about the beef supply chain in the U.S. And in particular, the fact that we have a relatively long tail of producers, where somewhere around half of our beef comes from first stage herds of less than 100 head. And then at the same time, we have average or median producers losing money on every calf. And frankly, we’re just better understanding how interests, purpose, and identity feed into a lot of the decision making in these contexts. Cow-calf operators care a lot about their land and its history, and we want to make sure Working Trees fully respects that.

I will also say, when we started Working Trees, the mission was to grow trees where the interests of farmers and climate overlap. And that is still the mission, but since spending more time with our producers and their herds… man, the animal welfare benefit between open pasture in late July in Tennessee versus having 25 percent canopy coverage… You feel it as a human when you're out there. And you're not out there 24/7 like the cows. So that has become an even larger motivator for me personally. I mean if I were a cow, I'd want some shade.

What are you working on right now that you’re most excited about?

On the farmer engagement side of things, we launched a pilot earlier this year with two partner farms, one in Tennessee and one in Arkansas, and since then we've just been making noise and enrolling more farms. We've been fortunate to have a lot of inbound interest and trees will be going in the ground early next year.

It’s extremely expensive to measure how much carbon is stored in trees.

The other exciting update has to do with the technology we built that enables this business model. In carbon markets today, it’s extremely expensive to measure how much carbon is stored in trees. And that’s because you essentially have to go out and measure a bunch of trees individually with a tape measure, and then you have to bring in a team of third party auditors to remeasure. So that’s led to this situation where you literally have to have thousands of acres in order to justify running a carbon project.

What we've done is build a phone application that makes use of the camera (and LIDAR when available), so a farmer can take a picture of a tree and we get the measurements we need to run a carbon project from it. The product is fully built, we've done our first double blind validation, the second one is in progress with our partners at Virginia Tech, and a peer reviewed article will be coming out soon showing that it works. So now, if you only have ten or even a single acre, you can participate.
‍

We are so happy that Working Trees is spreading opportunities for carbon sequestration while improving the lives of animals and ranchers. If you or someone you know is a cow-calf operator or an investor looking to increase annual yield on pasture land holdings, reach out to Working Trees and they’ll help you make it happen. Farmers can also fill out this form and get a free land analysis.