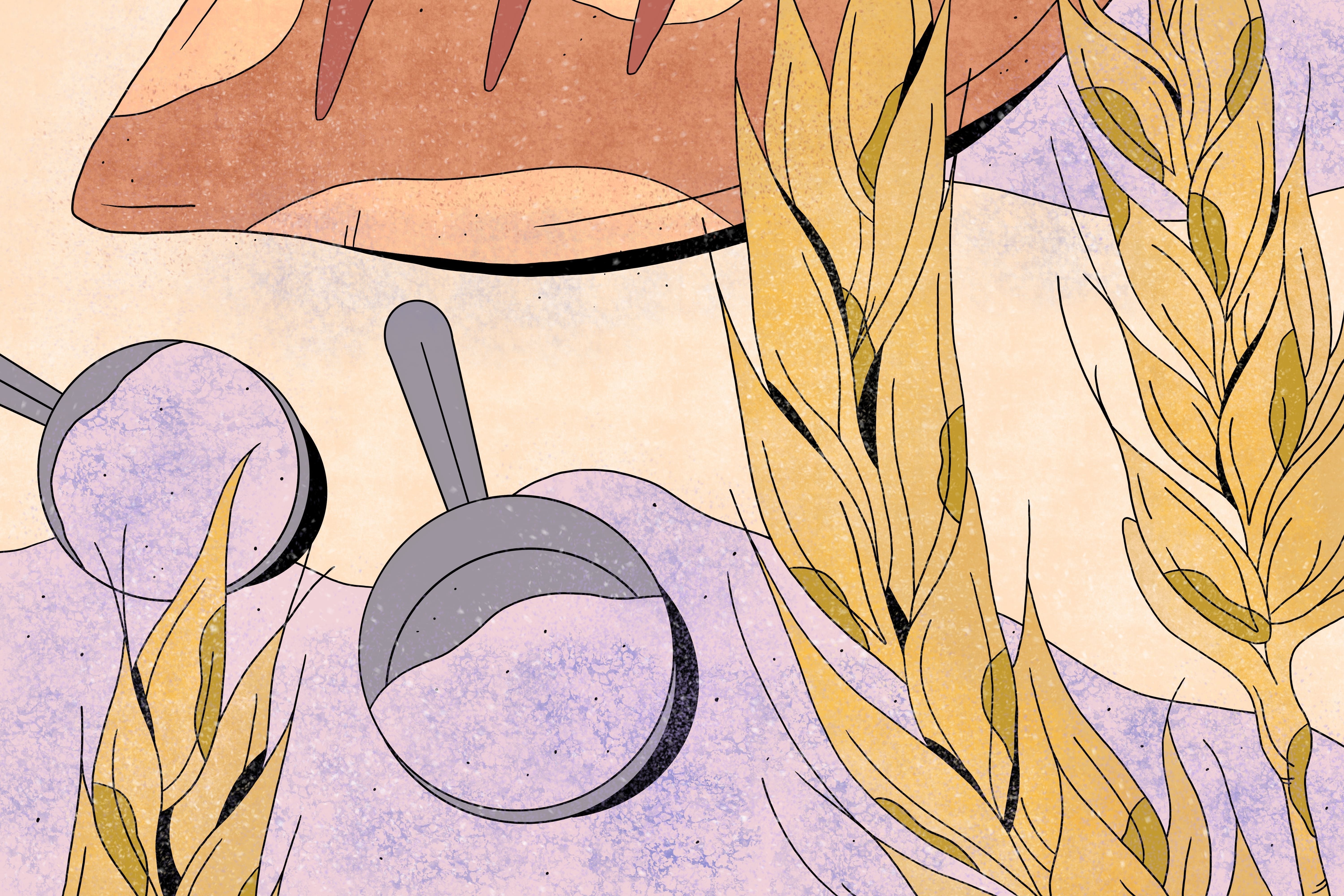 If you’ve never found yourself particularly excited about grain milling, all it takes is a conversation with Cairnspring Mills CEO Kevin Morse and you’ll want to shout about it from the rooftops (silo-tops?). Kevin started exploring the idea of local grain in his home state of Washington in 2015, and within a few years he was stone milling artisanal flours extolled by the nation’s finest chefs. Beyond making for a delicious loaf of bread, Kevin believes Cairnspring flour demonstrates how decentralized grain markets offer a better future for farmers and consumers alike. He talked to us about the blending of ancient technology with modern efficiencies, the passionate grain farmers of Skagit Valley, and helping to uplift his rural community.

What is the origin story behind Cairnspring Mills?

Agriculture has been the heart of our economy and culture in Skagit Valley for over a century. We have over 80 crops of commercial significance here, so as our farming economy has evolved, we’ve looked for ways to add value, and one of those ways has been to use cereal grains as rotation crops in between the higher value cash crops. That practice is not only productive for farmers but it’s also regenerative — keeping their operations viable by breaking disease cycles and adding organic matter which takes good care of the soil.

Wheat is a main staple here, but most of the time farmers lose money on it because it’s a commodity market, which means it’s a race to the bottom. They only continue growing wheat because of its benefits for the soil. So I was interested in how farmers could be rewarded for doing that work. We have Washington State University Bread Lab here, which has been pioneering more naturally disease resistant, productive grains. And we had bakers in this community that were hungry for better flour for their breads and pastries. I was also in touch with Tom and Sue Hunton from Camas Country Mill in Oregon who started one of the first local grain mills in the country. After talking to farmers and working with all of these entities, we put together a business plan for a mill. We believe that harnessing the market for regeneratively produced food is the most impactful way to change the system. Our goal is to create a business model that has multiple benefits and returns from the farmer to the investors.

Cairnspring was built like an old fashioned barn raising and community is the foundation of that barn. We would never has made it this far without the support of everyone involved.

What do you mean when you say that farmers get trapped in a ‘race to the bottom commodity system’? How is Cairnspring working to interrupt that?

120 years ago we had 24,000 mills in this country that were all independent and regional. As of the last census count we now have about 170. In centralizing the industry to become bigger, faster, and cheaper, farmers are left with only one market. And the only people that make money in the commodity system are the traders and the operators that are large enough to buy crop insurance, because they lose money on the grain every year and then get reimbursed by the government.

This centralization has also been a force behind chemically intensive monoculture. Most people don’t know that the grain sourced by the large industrial milling companies comes from all over the world. Their business model is built on the cheapest grain possible, processed at huge volumes and sold at low margins. The grain used to make the white flour on the grocery store shelves can be from Kansas, Kazakhstan, Russia, South Dakota, China and/or Canada. There is no traceability or transparency regarding origin or how the grain was grown. High concentrations of herbicides and pesticides are found in the industrial supply chain and products, and many of the wheat growing countries outside of the U.S. do not have regulations or restrictions on chemical inputs. It's a really broken system — it doesn't take into account the environmental costs or the human health costs — and that's the system these farmers are stuck in.

Somewhat similar to craft beer or coffee, there is this third wave happening for artisan flour and we’re right on the cusp of it. We’ll be working with 14 farmers this year, all within about 15 miles, and we’re going to be maxing out capacity of the mill. We think that’s good news for everybody because the more farmers we can contract the more land will be under regenerative production, and the more people will get healthy food.

Tell me about your relationship to the farmers growing your grain — what does the process of field to mill to customer look like?

Cairnspring works with growers both organic and regenerative conventional that use practices that reduce the need for chemicals. We do not allow glyphosate aka Roundup as a harvest aid, or neonic insecticides, which kill pollinators. I walk the fields with the growers, and I know most of them personally.

We write contracts that set what our production and quality standards are, and they grow and harvest the grain, send it to the granary that we contract with five miles down the road, and then it's brought to the mill. We mill flour fresh every day and send it to the customers usually within one to three weeks. Flour made in an industrial mill strips the wheat berry of the bran and germ, (which is where all the flavor and nutrition is) to make it shelf stable. So when you buy it from the store it may have been sitting around for up to two years. Our stone milling process retains much more of the whole grain, and the feedback from professionals and home bakers is that they can’t believe how much better their breads and pastries taste.

Cairnspring’s process of stone milling looks very different from an industrial operation. Can you tell me more about how your mill works?

We've incorporated all the modern technology for quality and safety — and some automation, although not much — and combined that with modern stone mills. We work with a Danish company that designed a stone made with flint and emory that’s much more durable than traditional mill stones. It only has to be sharpened once a year and it produces flour that’s perfect for commercial sourdough breads. Unlike industrial mills, which get rid of everything but the white stuff, we actually crush the whole grain to incorporate as much of the bran and germ as possible into the end product. We want to create the most healthy, nutritious flour that still behaves in the way that home bakers and professionals are used to. We've been amazed by the market acceptance and reaction to our flour, so I think we're onto something.

How was the business impacted by COVID?

Part of the reason we started the mill was because we believed that regionally scaled infrastructure makes communities more resilient. Having your own supply chain means you have the ability to feed your community. Unfortunately, that got put to the test through the pandemic when large scale supply chains broke down. When grocery store shelves were empty across the country and businesses were running out of flour, we never stopped producing because our supply chain is local. We were able to donate flour to food banks, school systems, and local tribes. We had people driving here from Montana, Idaho, Oregon, and everywhere in Washington. At one point we had 400 cars around the block. I was able to keep my people employed so they could continue to feed their families. There is so much more return on investment here than just a profitable mill. How do you calculate the ROI of being able to feed your community in a crisis? It almost brings me to tears thinking, wow, we really did something important and good for this community. And I just want to do more of it after seeing the total impact.

What are your dreams for the future of Cairnspring?

I love working with farmers and tapping into their knowledge about the land. And really embracing that and valuing that because, frankly, they don't feel valued in many ways. Talking to them about new methods or varietals they’re trying out, and seeing the look of pride in their eyes when they bring in their truckload of grain. They have a connection to a community that they care about and they know they are sending their products to people who really appreciate and relish what they do. I’m looking forward to continuing those relationships and getting to work with more farmers.

Going back to that idea of building community prosperity and resilience through regional infrastructure — rural areas often suffer from brain drain because people can’t find a way to make a living even if they want to stay. So we’re building opportunities for young people in that situation. As of right now we’ve created 14 jobs, a bakery that uses our flour just opened up next door so they’re creating jobs… it’s a cycle that continues to expand. Almost everyone who works here has expressed to me at one point or another that they thought they were going to have to leave in order to find work despite wanting to stay. And I don't think that's just the Skagit County Washington phenomenon, I think that’s probably the case in rural communities all over the country.

We’re currently building this next generation mill that will take everything we've learned from our prototype mill, make it more efficient, improve quality, and improve automation. The dream has always been to build something here, figure out the finances and logistics to create the model, and then open it up to other communities. The opportunity to build more of these mills at that scale is really feasible, and the market is only continuing to grow. So what started as a dream has become something real and tangible. That gives me a lot of hope and it still drives me.

Thank you for sharing your story and your passion with us, Kevin. We are so heartened by your mission and your success!

If you’d like to support the next generation of Cairnspring Mills, complete our investor intake form to be the first to hear about how you can contribute to expanding regenerative agriculture.