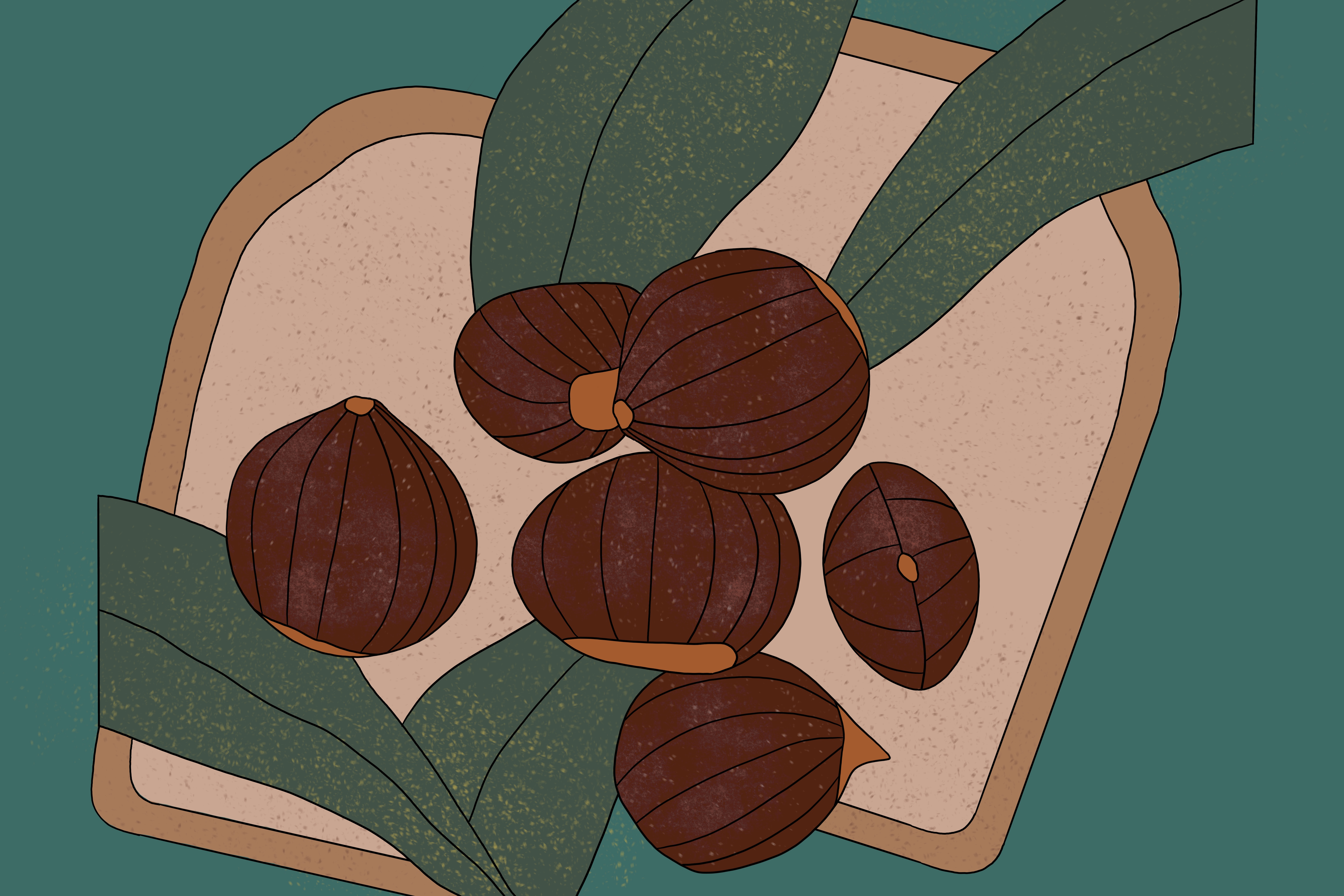 Chestnuts for the people with Breadtree Farms

Russell Wallack is the founding farmer at Breadtree Farms, a Hudson Valley based organization working to grow the regenerative chestnut industry in the Northeast. By developing and managing chestnut farms, expanding opportunities for carbon removal, and co-creating regional agroforestry infrastructure, the team at Breadtree envisions a safer and more equitable climate-friendly food system. Rest assured, after reading this conversation, you’ll never look at a humble chestnut the same way again.

We’re focused on planting chestnut trees because of their value as a gluten-free starch crop. We think chestnut flour could be analogous to other common starches like rice flour and potato flour, but it can also be used similarly to corn or oats. Unlike a grain though, chestnuts grows on trees, which provide much greater ecological benefits including carbon sequestration and soil health.

So is that where the name Breadtree came from?

You got it. Breadtree is actually the nickname for chestnut trees in a number of different cultures, so in naming the business we thought that encapsulated our intentions pretty well.

Tell me about the path that led you to founding Breadtree.

Part of the way through college I got really interested in understanding the ecological destruction associated with food production. When I graduated, I needed a job that would pay off my student loans, and though I was interested in agriculture, I couldn't really figure out a way that I could be farming and feel economically sustainable. So I looked for an alternative that was still kind of sustainably minded and ended up working in utility level energy efficiency. Later, I worked with a firm that was planting agroforestry systems for landowners around the Northeast, and I helped them think about how to design those systems. I then went back to school and got a master’s degree in ecological design, believing that that was the route I wanted to go, and that eventually translated into consulting work helping food and cosmetics companies evaluate the ecological impacts of their decision making (I still do some of that consulting now with a software company).

Through that work, I started to get really excited about tree crops. Trees serve so many ecosystem benefits, but most of the ones we grow in the northeast and in the U.S. generally are not staple crops. They’re largely fruits like pears, apples, peaches, cherries… which are all wonderful and I love eating them, but they can't supplant our need for annual grains. Chestnuts can’t fully do that either, but we think that chestnuts could play an outsized role in our diets and agro-ecosystems. As a consultant, I could try to communicate the potential of agroforestry, but I wanted a way to make more radical change. We only have about 4,000 acres of chestnut production in the U.S. — and those acres are the result of really important work that farmers have been doing for decades — so those are the shoulders that we’re standing on. But it’s not an industry that currently has scale at a national level. I felt like if I really wanted to advocate for expanding that to hundreds of thousands of acres, I had to get trees in the ground and show people what's possible.

How does the business play into your broader goals around food systems change?

Our focus is largely on agroforestry, and we fully recognize that there are major agricultural regions in the U.S. where agroforestry in the way we’re practicing is totally not feasible. But an important piece of food systems change is taking a more place-based, ecologically oriented approach to evaluating what a food system should look like. So that's kind of the base of where we’re coming from.

In terms of expanding the chestnut industry and agroforestry in general, three major barriers we see are experiential capital, financial capital, and access to land. The practice of agroforestry is largely built on and learned from Indigenous knowledge globally — there is a multi-millennia history of managing agroforestry systems by many different names across many regions. But today, most people interacting with the land, at least in the U.S., have very little experience engaging with agroforestry systems.

One piece of how we see ourselves contributing to changing that is involving as many people as we can in our projects and providing hands on experience. We could be leaning into mechanization a lot more for planting, but instead we’ve involved over 100 people in establishing the first 70 acres that we’re managing. So that’s 100 more people who know how to create a chestnut agroforestry system than there was four years ago. We’ve designed these experiences to be educational and we take the time to ensure that people are really learning, rather than just getting the job done.

The second piece is building what are basically revenue or crop shares for project contributors into our model. So as our yields come online and we have surplus of cash flow, some of that is actually flowing into the bank accounts of the people who started the projects. So we have people getting experience in agroforestry, and those people having access to wealth-building opportunities.

The third piece is land access. Both of the prior two can unlock land access to some extent, but we also see all of our projects as land access projects. As long as someone can co-manage land in a way that is pro healthy human relationships and isn't degrading the quality of the land or impairing the existing chestnut enterprise, they can coexist with us and have no cost land access, at least in terms of a startup phase. We have one friend who is growing a medicinal plant product in the alleyways between the trees, and another person who’s been a contributor to our current projects interested in establishing vegetable production onsite. Some of our land is listed on farmland servers in New York so farmers can reach out if they think they would be a fit.

Thank you for taking the time to share this exciting venture with us, Russell! We believe that real change comes from on-the-ground action — regenerating ecosystems, growing food sustainably, and caring for humans unconditionally — so we are thrilled to be a part of Breadtree’s journey.

If you’d like to learn more about Breadtree Farms, join our investor community.